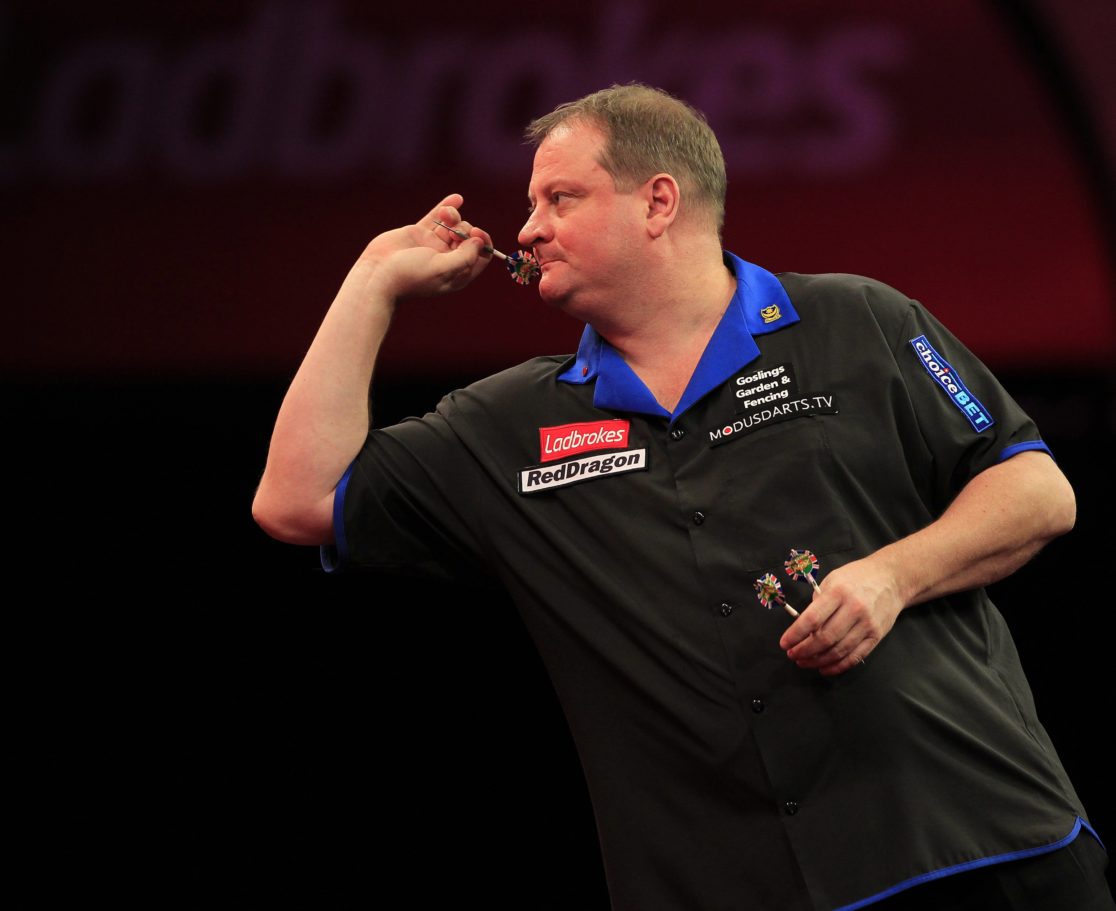 Modus Icons of Darts respects the lockdown, being a tournament that is disputed at a distance, ie the players evolve in their own house being transmitted live through webcams.
The rules are the same as in the normal darts, the tournament being an invitation-based one, taking both players on the circuit and withdrawing from the activity.

Andy Jenkins is a 49-year-old Englishman with no rankings.
And Jenkins is a pretty solid athlete, who in the past has had some interesting performances on big stages, such as having semifinals at the PDC World Championships and semifinals at the World Grand Prix.
He has no titles, but even so Andy can say that he had a successful career.
Jenkins took part in Modus Icons of Darts last week, finishing 4th but having many successful matches especially in the first two days, both finished 3-1.
In the end he dropped, but his losses generally came with the players in shape: Evans and Nijman.
Here Andy started the second week on average, with the victories with Nicholson 5-2 and the opponent here 5-4, but also two defeats: 1-5 with Askew and 4-5 with Monk.
Jenkins, however, had good percentages, for example 96.42 with Nicholson, a huge figure.

Robert Collins is a 41-year-old Englishman, ranked 119th in the PDC.
And Collins is an average athlete who is not in the first world in any circuit and who rarely participates in major tournaments.
He comes after the UK Open, but was defeated early with Boulton, 3-6.
And here he did very modestly, being the weakest after the first day having only one victory.
It came with Askew, a surprise, 5-4, after a match but without breaks, in which Robert threw the first so he was the first decisive.
Other defeats: 4-5 with Jenkins, 2-5 with Monk and 2-5 with Nicholson.
In addition Robert had very low percentages, only with the opponent here having over 89 but even so he was defeated.

Andy Jenkins looked pretty good on day one, having 2 wins and 2 losses, generally throwing well.
Thus he had quite high percentages, twice even passing over 90/3 arrows. Robert Collins, on the other hand, failed in any match to surpass the 90-yard mark.
The best shot was even with the opponent here, but even so he lost 4-5. Other two defeats and a victory at the limit, ending the first day of competition with a difference of laws of -6.