In the HomeSweetHome Cup in the Counter-Strike Global Offensive, Movistar Riders and Japaleno meet at the start of the group phase.
On this page you will get a comprehensive betting tip prediction for this match, which will take place on Thursday, April 9th, 2020, at 12 noon.
Both teams were able to win the last two games in advance.
The Raiders from Spain go into the game as easy favorites against the Swedes.
Movistar only gave 1 map in 3 encounters, but Jalapeno won the only duel in 2020 at the ESEA MDL.
Here you will find all the important numbers and statistics that you need for the best forecast.
We analyze both teams and the betting markets in order to draw your attention to the most lucrative tips at the end.

The Movistar Riders come to the HomeSweetHome Cup in CS: GO with two wins.
The team around captain Lucas “steel” Lopes from Brazil won 2-0 against NaVi Juniors and 2-1 against Hard Legion at the Cyber.Bet Cup a few days ago.
The game was played twice on Overpass (2 wins), on Mirage and Inferno as well as on Train, where the Spaniards gave the only card.
The number 35 in the world was able to win 3 of the last 4 games, but before that you had to give up four times in a row at the ESEA MDL.
In the first game of the HomeSweetHome Cup, the Moviestar Riders against Jalapeno are the favorites with odds of around 1.65.
The Spaniards have won 3 of the previous 4 cards. At the ESEA MDL you had to give up the encounter on Inferno after 3 map successes in series. This match is decided on the first card.
The first pick of the Movistar Riders is currently Overpass, where 6 of the last 9 games could be won.
The First Ban is currently 95% Dust2, there have been no games for the Spaniards recently.
Movistar lost the last 4 matches on Train, which gives Jalapeno a chance.
In the last 3 months the Southern Europeans have a victory rate of 50% and a K / D ratio of 1.02.
The best map is currently Overpass with a success rate of 66%. Nuke (37), Train (14) and Vertigo are below 50%.
The only game on Vertigo could not be won.
The riders play an average of 27.04 rounds per map. In the victories they lose 11.56 rounds, in the defeats they get an average of 10.93 rounds. 41% 2: 1 successes result in a quarter of 0: 2 bankruptcies.
3 Movistar players are currently positive, whereby Alejandro “ALEX” Masanet has the best values ​​with a K / D ratio of 1.09 and a rating of 1.10. 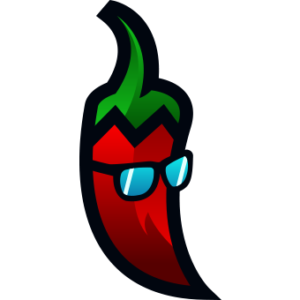 Japaleno also won the last 2 games before the HomeSweetHome Cup.
The team around the Swedish playing team captain Christian “Chrille” Lindberg won the ESEA MDL 2-1 against HellRaisers and Nordavind.
In the first game, the current 46th in the world rankings after defeat in Inferno could turn the encounter on Overpass and Dust2.
In the second game, the Swedes initially won on Mirage, but then had to give up Inferno and decided the game on Overpass.
It was also the 3rd win for Jalapano from the last 4 matches, with the Scandinavians winning 6 wins from the last 10 games and thus more than the next opponent.
Nevertheless, Jalapano is against Movistar at a odds of around 2.10 in the role of the underdog. The Northern Europeans also have a win rate of 50% from the past 3 months and with this we can predict a close encounter.
Jalapano took his first win in the third attempt against the Spaniards on Inferno.
Before that, the cards Mirage, Overpass and Inferno were handed over.
Jalapeno’s current pick pick is Nuke, which has had no match for this team in the last 3 months. The Frist Pick is Inferno, where the last duel could be won and where the Swedes have won 38% of their recent 8 games. The Scandinavians currently only have a positive balance on 2 cards: with 66.7% each on Dust2 and Inferno.
The last game on Train couldn’t be won last. Jalapeno plays an average of 27.7 rounds per card and has a K / D ratio of 1.06 in the last 3 months.
So this encounter could go over several rounds.
The Northern Europeans lose an average of 11.33 rounds in their successes and win 11.50 in the defeats.
Here, too, longer games are emerging.
Half of the last games were won over 3 maps, a quarter won 2-0 and lost 0-2. 20% of the games go into overtime and this could also be the case in this match.

CS.GO Prediction of the Day Movistar Riders vs Japaleno

Since this encounter is decided in only 1 map, the choice of map is crucial.
Jalapeno has the greatest chances when playing on Inferno, Movistar on Overpass.
The Over 26.5 round bet on the 1st card is very well quoted. You can secure the outsider tip with the handicap bet Jalapeno +2.5 rounds.