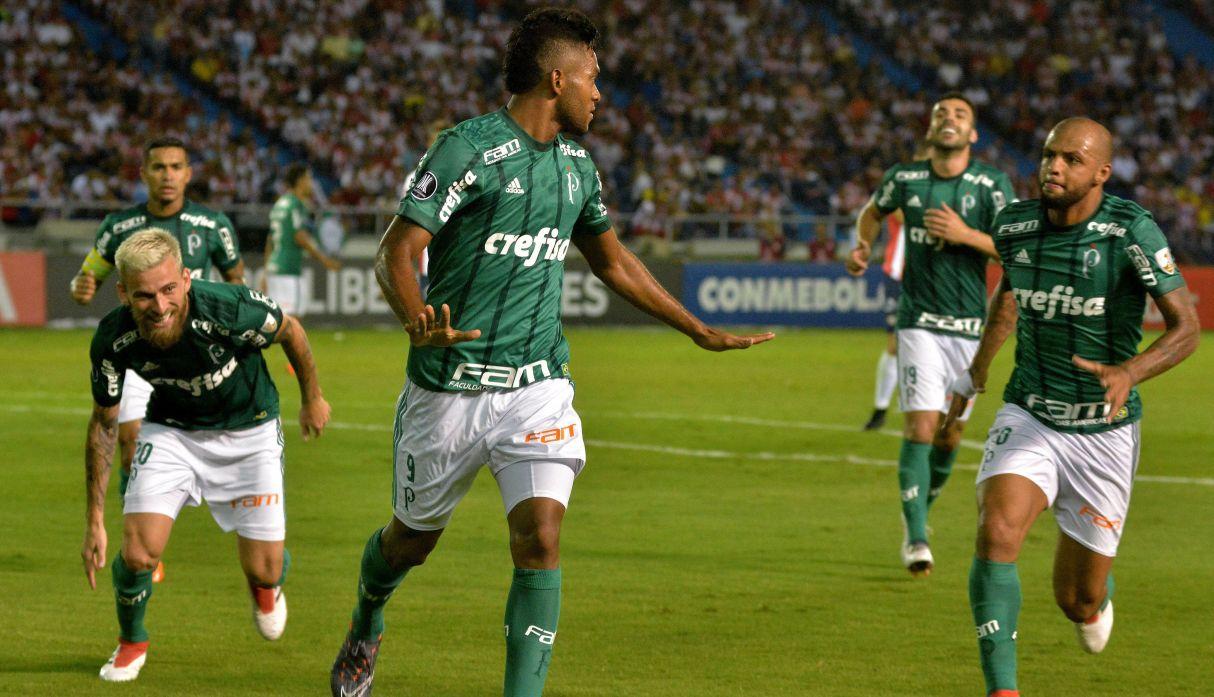 Involved in the decision of the Paulista Championship against the archrival Corinthians, Palmeiras will have a duel against Peru’s Alianza Lima on Tuesday, 3 April, for the second round of Group 8 of the Copa Libertadores de America, edition 2018. The confrontation will be held at Allianz Parque, in São Paulo, at 9:30 p.m. (Brasília time).
The Palmeiras, with three points, lead the key. The Peruvians share the second place with Boca Juniors, from Argentina. The fourth and final position is Atlético Junior, of Colombia, who has not yet scored.


On Saturday, March 31, the Alviverde team defeated Corinthians 1-0 in the opponent’s field, getting closer to reaching the Paulista Championship title. The second decisive game, in which Palmeiras can play for the tie, will be on Sunday, April 8 at Allianz Parque.
For being a duel against a rival and to be able to win a title, the São Paulo classic is being considered a priority for the Palmeiras. With the team debuted with victory and Allianza is not a first-line team, the trend is for Palmeiras to enter the field with a large number of reserve players.
The coach Roger Machado did not indicate the number of athletes who are considered holders from outside, but this group should be part of striker Dudu, for example, who even asked to leave earlier in the classic because he was very tired. He did not have his request answered at the time, since there was only one change left to make and it was defined as a concussion. Thus, the captain of Palmeiras should gain some time on Tuesday. Antonio Carlos, Bruno Henrique and Felipe Luis are others quoted to stay out.
Of the usual starters, the only one who has the right presence is the Felipe Mello midfielder. That is because he was sent off in the game against Corinthians and will have to comply with automatic suspension next Sunday.


Alianza Lima anticipated for Friday, March 30, their departure for the Summer Tournament. All this to arrive on Sunday, April 1, to Brazil. I brought in the bag three points won with the 3 to 1 marked in Ayacucho.
The game, however, was worth very little. With 13 points (three wins, four draws and two losses), Alianza occupies the third position in group A of the competition, a preview of the Peruvian Championship. With a journey to the end of the qualifying round, there is no further chance of progress. Only the first-placed of each key contests the title. Sporting Cristal, with 20 points accumulated, can not be surpassed.
This allowed Uruguayan coach Pablo Bengoechea to avoid the excessive wear and tear of his most important athletes and prioritize the confrontation on Tuesday in São Paulo, when he should put on the field the best team he has at his disposal.


Soccer Prediction of the Day Palmeiras vs Alianza Lima

Owner of a cast with many options, better technically and working at home, Palmeiras, although using the strategy of putting a mixed team on the pitch, is the best guessing option for the confrontation with the Peruvians on Tuesday.