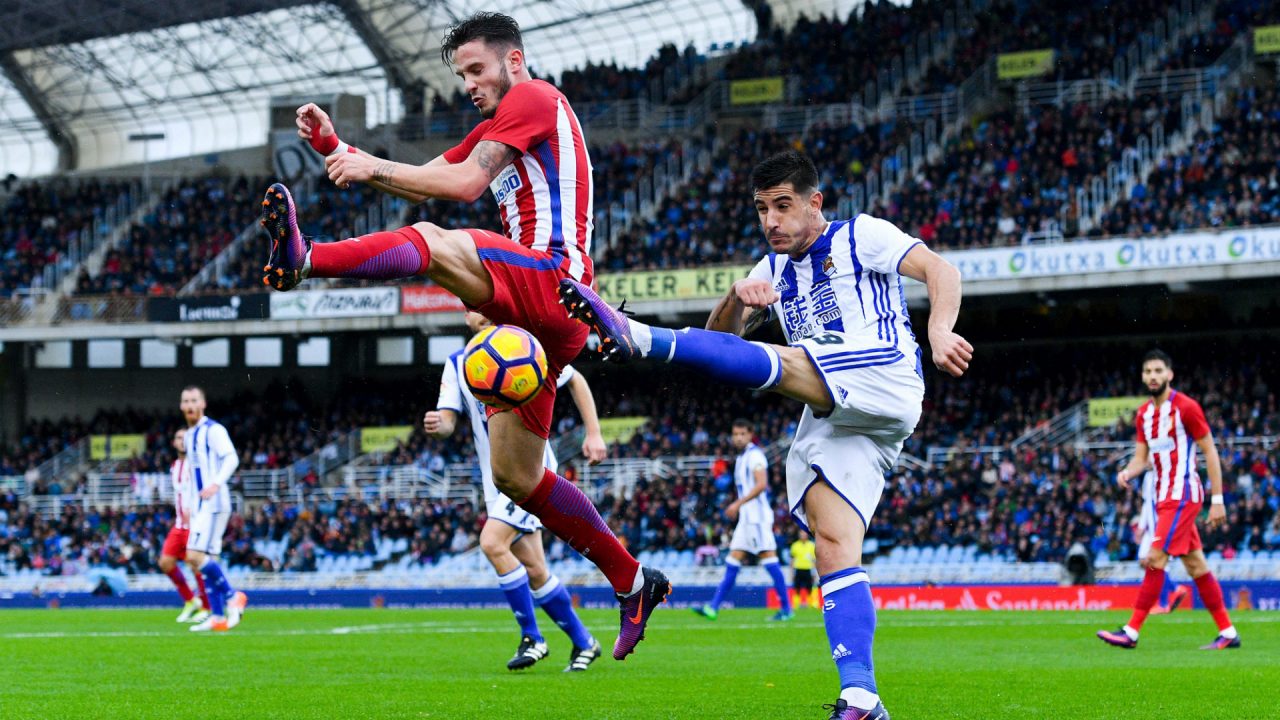 Fight for the second position in the ranking continues in this intermediate lap of La Liga, in which “athletes” try to link 2 consecutive victories in the championship, the performance that he failed at the end of February. The confrontation of San Sebastian’s “Estadio Anoeta” will begin at 20:30 and will be watched on the DigiSport 2 channel.


It occupies the 11th position in the La Liga ranking, having 40 points, being equal to points 12, Eibar and 2 points away from the 10th place occupied by Getafe.
He is in a visible return of form, having 2 wins and 1 draw in the last 5 rounds.
He comes after a victory in the first place, Las Palmas, score 1: 0, Ozyarzabal enlisting the only goal of the game in the 21st minute.
He has more players unavailable for this match, goalkeeper Gerónimo Rulli being just back to training, while Álvaro Odriozola, Carlos Martinez, Jon Bautista, Miguel Angel Moya and Prieto have a good chance to play for this game.
Probable team, 4-2-3-1 game system: Tono; Kevin Rodrigues, Raul Navas, Diego Llorente, Aritz Elustondo; Zurutuza, Illarramendi; Mikel Oyarzabal; Canales, Januzaj; Willian Jose.


He is in the second position in the standings, being 4 points away from rival Real Madrid, occupying 3rd place.
They crossed a very good time, already getting the tickets for the next edition of the Champions League, having 3 wins, 1 draw and 1 defeat in the last 5 rounds.
He comes after a slight victory, won on the Wanda Metropolitan, with Levante, 3: 0, the game decided by the goals scored by Correa, Griezmann and Fernando Torres.
Lucas Hernandez is suspended for this match, while Sergio González, Felipe and Diego Costa are injured.
Expected team, game system 4-4-2: Oblak; Vrsaljko, Gimenez, Godin, Juanfran; Koke, Gabi, Thomas, Saul; Fernando Torres, Griezmann.

Soccer Prediction of the Day Sociedad vs Atletico Madrid

I will count on a good and consistent performance of the guests, guests who are bound due to the lack of bats to adopt a defensive tactics, with 3 midfielders with defensive valences in the first 11.
Atletico Madrid comes after a perfect performance in front of a team in the fight for salvation from relegation, the game in which did not give any chance to the band in Valencia, Levante, imposing without a problem with the score 3: 0.
On the other hand, the Basques come after 3 positive results in the last 3 rounds, the last one being a penultimate victory, a 1-0 victory.
At the same time, the Basque can not count on the first two goalkeepers of the team, Captain Prietto and Álvaro Odriozola, the main players of this team.