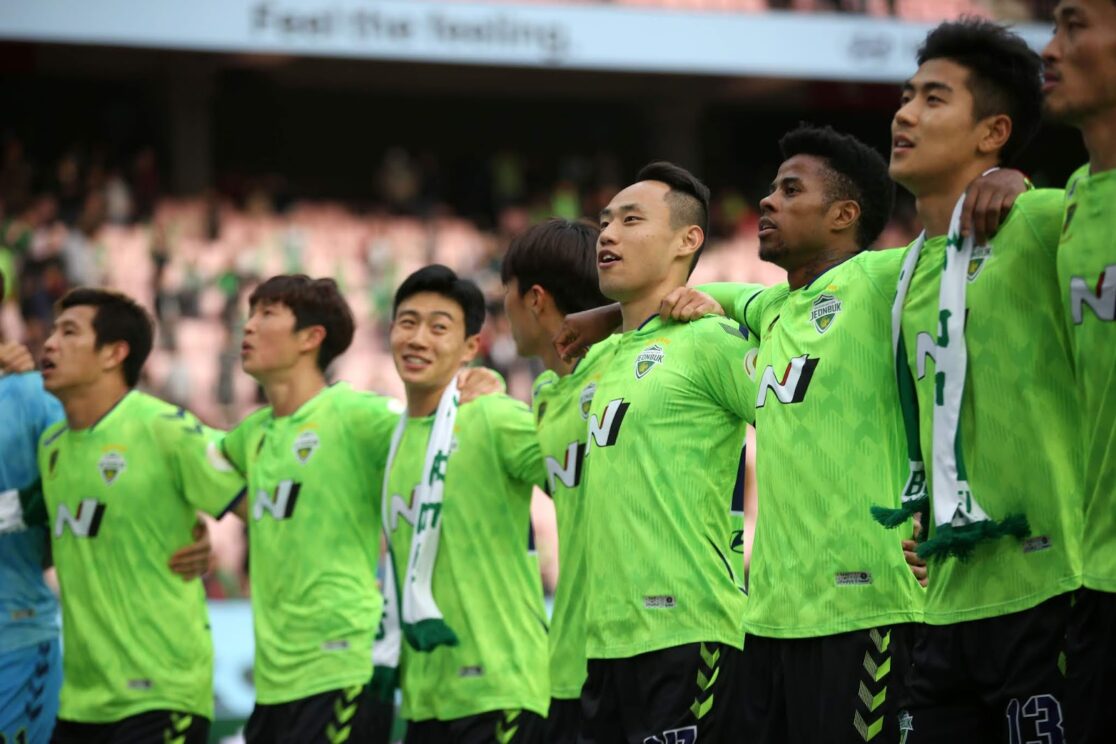 Jeonbuk Hyundai Motors and Suwon Samsung Bluewings open the new season in South Korea, K League 1.
The match is played at Jeonju Word Cup Stadium, has a start time of 13:00 and will be played without spectators.
But let’s see how the two teams look before the new domestic season.

Approach this edition of the championship from the position of champion of South Korea.
He won the title in the last stage of the play-off, taking advantage of the defeat of the great title rival Uslan Hyundai.
It has a lot quoted at 15 million euros, the most valuable in this league.
The stars are central defenders Min-Hyeok Kim and Jung-Ho Hong, central midfielder Jun-Ho Son and forwards Seung-Ki Lee and Ding-Gook Lee. The coach is the Portuguese Jose Morais.
Among the important players left the club Ricardo Lopes and Shin-Wook Kim, both for teams in the Chinese championship.
Among the newcomers, the Brazilian offensive midfielder Murilo Henrique and the strikers Seung-Dae Kim (from Pohang Steelers), Gue-Sung Jo (FC Anyang), the Japanese Takahiro Kunimoto (Gyeongnam) and the Dutch Lars Weldwijk (Sparta Rotterdam) are worth mentioning.

It is a team in the middle of the ranking, which finished both in the regular season and after the play-out on the 8th place.
It has a lot quoted at 12.5 million euros, much strengthened in the off-season.
The star of the team is Adam Tarrgat, a 26-year-old Australian striker, valued at 1.8 million euros.
She will be joined this season by Bosnian Sulejman Krpic, brought from Zeljeznicar Sarajevo.
The biggest loss for the team prepared by Im-saeng Lee is the Croatian midfielder Elvis Saric, transferred in Saudi Arabia to Al Ahli for 1.5 million euros.
A player worth watching this season is the extreme Min-Woo Kim, returned to the team after a loan from Sangju Sangmu.

▪️Last season, Jeonbuk scored 4 of the 6 points in the regular season.
▪️On the field in Jeonju, the hosts won 2-0. It was a tense match, with red cards on each side.

Football Prediction of the Day Jeonbuk vs Suwon

In the K League, the discipline leaves much to be desired and many warnings are usually given.
Only in the last direct meeting 4 yellow and two red cards were awarded, and in the direct meeting in June 2019 8 yellow cards were shown!
There have always been tense duels between Jeonbuk and Suwan, so I have great confidence in the tip I propose: over 3.5 yellow cards.
The hosts approach this game from the position of champions of South Korea and aim for victory, the guests have visibly strengthened before the start of the season and they certainly intend to start the new edition of the championship with the right. I specify that this is not the first official match for the two teams in 2020.
Both have two games in the AFC Champions League, matches in which the referees had a lot of work.
In 3 of the 4 games the quota of the 3.5 yellow cards was much exceeded!