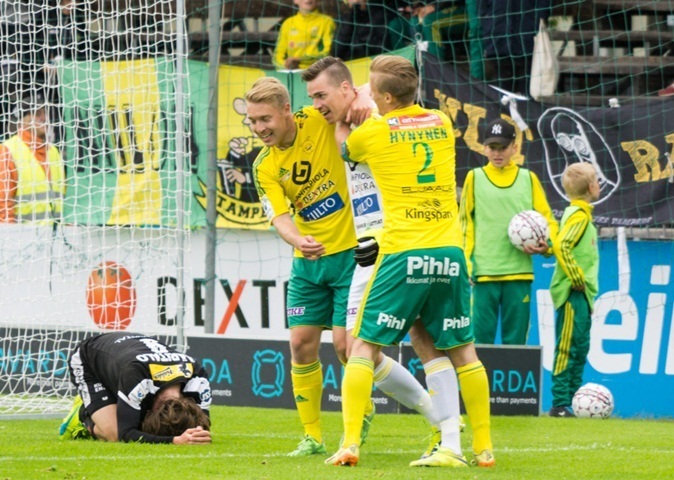 
the season started well and we find it second; still there he finished in the last championship
but comes after two poor games, a defeat with PS Kemi and a draw with TPS
his last four home games in the league were GG – odds of 1.93 for both of them
is deprived of the contribution of the best-ranked player in the bout, the Egyptian Abdallah Said, who is currently in the World Cup
the lot is valued at just under 5 million
the attack was the strong point this season and is approaching two goals scored on average per match


it can be said that the new season is quite weak and we are now in fifth place; the last championship finished on the podium
has a lot valued at 2.7 million euros
starts with a moral advantage, because he has been forced on each of the previous 12 direct confrontations – odds 4.60 on Ilves’ victory
there are some real problems; will miss Baba Mensah and Ilari Mettal
lost only once in the last four stages; this is the last round in front of Honka

Soccer Prediction of the Day KuPS vs Ilves

I do not go here on the favorite and I think there are great chances to see at least one goal in the host’s goal
Ilves is a good team, which lately has shown that he can successfully beat the first positions; has the experience and I’m sure he will force him to go over the weaker seasonal debut
not the attack is the weak point of the guests; they have an average of a goal scored per match
I rely on KuPS’s quite uncertain defense; in this chapter it has the worst figures among the top seven ranked
the hosts score an average goal on the match even at home
I have already said that Ilves won each of the last 12 direct meetings; at least one goal can succeed